VISIR: Transparency at its highest level

The computer code used by VISIR for computing optimal route is now open and free! Following a policy of total transparency started with the publication of all model components on...
Read More About VISIR: Transparency at its highest level »
07.05.2016

A case of VISIR "user uptake" at Stevens Institute of Technology, USA 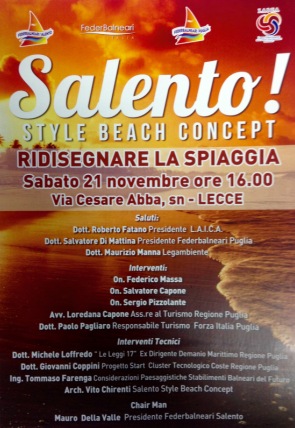 Are you a sailor, a fisherman or a sea lover? 7th November 2015 we are waiting for you at the Euro-Mediterranean Centre on Climate Change ( Via Augusto Imperatore 16 , Lecce ) to show you our developed systems for Situational Sea Awareness (SeaConditions, Visir®, Ocean-SaR, Witoil, Marinenvironmenteand Early Warning).
Read More About Xoff Event – Conversazioni sul futuro »
26.10.2015

This help page refers to the version 4.0 of VISIR® web application.

Selection of departure and arrival location

In order to compute the optimal route, simply specify a departure and an arrival location for the route.

This can be done unsing one of the 3 alternative methods:

The departure and an arrival location can be easily swapped by clicking on the button with the double arrow next to the textfields.

After specification of departure and arrival locations, a red box is displayed on the map. This is the area where a search for the optimal route is carried out.

Please enlarge this box, if no sea route can connect departure and arrival locations, as in panel (a) of the picture above. However, this may increase the time required for computation of the routes (b).

The tooltip next to the red box provides an estimation of the distance between selected locations and related time of computation of the optimal route.

The route computation is started after clicking on the "Submit" button, either on the map or at the bottom of the left menu.

At this point, a progress bar appears. You can continue using VISIR while the job is being computed on a remote server. A thinner progress bar can be seen at any time in the ROUTE REGISTER section of the left menu.

A route computation that has been already submitted can be stopped at any time before job completion by clicking on the STOP button in the progress bar window or on the recycle bin symbol appearing in the route register after submission.

As soon as the route is available, it is automatically displayed on the map. The black line with waypoints represents the shortest route if the sea is calm ("geodetic route"). Please note that the VISIR limited angular resolution (about 27 degree) may prevent the geodetic route from being displayed in a straight line, even if there are no obstacles between departure and arrival locations. The red line with waypoints represents the optimal route based on the forecast of the sea state. This optimal route also takes into account some constraints for nautical safety (see "Advanced user guide" section).

In addition, below the map, a linechart of significant wave height along both the optimal and the geodetic route is displayed. Other information, such as ship speed, can be displayed in this graph by selecting it in the DISPLAY section in the left menu. The duration of the geodetic route may be shorter, equal, or longer than the corresponding duration of the optimal route because the latter has to satisfy several constraints for the safety of navigation.

In the basic use of VISIR, the departure time of the route is the current time (that is, the time at which you log in to VISIR). This can be changed by clicking on the calendar symbol next to the textfield for departure time. This updates the environmental field displayed on the map. Presently, these fields have a 3h time resolution.

The routes are displayed on the map on top of the environmental fields at the closest timestep to the arrival time of the optimal route. However, the full time-dependent environmental information is employed by VISIR's algorithm. This can be visualized by clicking on indiviadual route waypoints (either on the map or on the linechart): the map of field relative to the selected waypoint is loaded and displayed, as seen in the two panels below.

Vessel type used for route optimization can be changed either by clicking on the vessel icon next to the title of the ADVANCED SETTINGS section or by modifying individual vessel parameters in the same section. There are 2 groups of vessel types: the motorboats and the sailboats. They are distinguished in the following of this subsection.

Length parameter refers to "Length at the waterline". The geometrical meaning of other vessel parameters employed by VISIR is explained in the picture below:

In general, forward and aft draught differ ("trim"). You can insert their average (more realistic resistance estimation) or the higher value (resulting in a more conservative under keel clearance).

Ship natural roll period can be estimated following the procedure described on pages 4-7 of document: http://www.alaskatenders.org/images/stories/docs/OSURollTestStability.pdf

Sailboats are modeled in terms of their polar plots. They provide the ideal performance under specific wind intensity (TWS) and direction relative to boat heading (TWA), see picture below:

• Parametric Rolling
The development of the occurrence of parametric roll is caused by periodic stability changes occurring with a certain frequency – about twice per roll period. If the ship is rolled while on the wave trough, increased stability provides stronger pushback, or restoring moment. As the ship returns to the upright position, its roll rate is greater, since there was an additional pushback from the increased stability. If at that time, the ship has the wave crest at midship, the stability is decreased and the ship will roll further to the opposite side because of the greater speed of rolling and less resistance to heeling. Then, if the wave trough reaches the midship section when the ship reaches its maximum amplitude roll, stability increases again and the cycle starts again.
• Pure Loss of Stability
A large wave is approaching from the stern, while the ship is sailing with relatively high speed in following seas. If the celerity (speed) of the large wave is just slightly above the ship speed, the time duration for the large wave to pass the ship may be long. Once the crest of the large wave is near the midship section of the ship, its stability may be significantly decreased. Because the wave celerity is just slightly more than ship speed, the condition of decreased stability may exist long enough for the ship to develop a large heel angle, or even capsize.
• Surfriding/ Broaching-to
Broaching-to is a violent uncontrollable turn, occurring despite maximum steering effort in the opposite direction. As with any other sharp turn event, broaching-to is frequently accompanied with a large heel angle, which may lead to partial or total stability failure. Broaching-to occurs in following and stern-quartering seas.
Broaching-to is usually preceded by surfriding. Surfriding occurs when a wave, approaching from the stern, captures a ship and accelerates it to the wave speed (wave celerity). While surf-riding, the wave profile does not vary relative to the ship. Most ships are directionally unstable in the surfriding situation; this leads to the uncontrollable turn, defined as broaching-to (or often, just "broaching").

The optimal route may also imply a voluntary reduction of ship speed during part of the route. If this is not required, the related option can be unchecked.

Furthermore, it is possible to specify the minimum offshore distance of the routes.

As for motorboats, it is possible to specify the minimum offshore distance of the routes.

Depending upon if a motorboat or a sailboat is selected, different fields can be displayed on the map and in the linechart. They are described below:

After successful completion of a route request, a linechart appears below the map with information along both the optimal and the geodetic route. From the DISPLAY section it is possible to select the variable to be displayed in the linechart:

It is the fraction of engine brake power used. 100% means that the power setting corresponds to the "max engine power" value set in the ADVANCED SETTINGS section.

It is defined as 0 deg. for head seas, ±90 degree for beam seas, ±180 degree for following seas. Positive (negative) values hold for waves from starboard (port).

It is the distance between 2 successive wave crests. As such, it is independent of the ship's motion. Wavelength to ship length ratio is an important figure for the checks on navigational safety. For this reason, in the linechart, wavelength is compared to specific multiples of the ship length.

It is the  minimum clearance available between the deepest point on the vessel hull and the sea bottom, in still water. For navigation to be allowed, UKC must be a strictly positive figure.

They are binary valued (0 or 1) indexes provided by VISIR along the geodetic route. If an index value is 0 at a specific waypoint, it means that navigation from that waypoint to the next one is safe with respect to the specific safety check (e.g. "parametric roll") considered. If the index is 1, that portion of the geodetic route is dangerous. This is one of the reasons why the optimal route computed by VISIR may differ from the geodetic one (the other one is the avoidance of large waves to permit a greater sustained speed).

It is the direction over the ground the vessel is currently moving in.

It is wind magnitude as measured by a static observer (i.e., not moving along with the sailboat).

It is the angle between wind direction and sailboat heading, as measured by a static observer (i.e., not moving along with the sailboat).

Each of the above listed fields, both in case of motorboat and sailboat, can be plotted against one of the following variables: